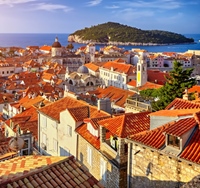 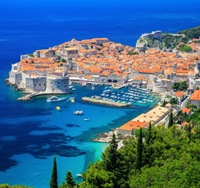 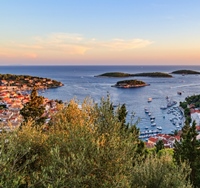 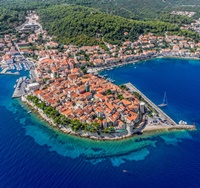 Enjoy lazy days on the beach, exploring the cultural city treasures or discovering some of the country's most picturesque island and mountain locations, a holiday in Croatia offers endless possibilities. Having trouble narrowing down to just one of Croatia’s beautiful resorts? Why not opt for a tailor-made twin or multi destination holiday so you can enjoy the very best Croatia has to offer.

We're pround of our 5 star reviews

your holiday. Your Way.

Crowned 'The Pearl of the Adriatic', Dubrovnik is undoubtedly one of Croatia's finest cities and holiday destinations.

Officially the sunniest place in Croatia, the breathtaking island of Hvar has become one of Europe’s holiday hotspots. Venetian architecture, elegant restaurants and deluxe hotels await your arrival.

Undoubtedly one of the prettiest islands on the Adriatic Coast, the island of Korcula and its namesake town exudes history, style and splendour.

Nestled between the mainland and the neighbouring islands of Hvar and Solta is the enchanting island of Brac.

Crystal clear waters and pine forests provide a delightful backdrop to the picture postcard village of Cavtat, ideal for those holiday makers wanting to relax and unwind.

An hour from Dubrovnik lies the beautiful island of Sipan. This peaceful and relaxing island is the largest of the 12 islands that make up the Elaphiti archipelago.

Nestled between Dubrovnik and the Peljesac Peninsula is the beautiful car-free island of Lopud. Part of the Elafiti archipelago, it boasts a sandy beach, something of a rarity in Croatia.

About 30 km to the west of Split is the beautiful Trogir and is fast becoming one of Croatia’s holiday hotspots.

Known for its spectacular sunsets, wealth of history and being the gateway to the nearby national parks, Zadar is an ideal holiday destination.

The Makarska Riviera lies at the foot of the Biokovo mountain range, where a succession of cliffs and ridges form an impressive backdrop to the delightful towns and their beaches.

Recognised as one of the most picturesque destinations in all of Croatia, Rovinj offers itself as an unforgettable Croatian holiday destination.

With picturesque cobbled streets stretching down to the shimmering blue sea, Porec is the quintessential Croatian holiday destination for anyone and everyone.

Croatia's capital and one of Europe’s up and coming city break destinations, Zagreb has for centuries provided an invaluable window into the country's culture, arts, architecture and gastronomy.

Welcome to your holiday paradise! Plitvice Lakes National Park is unquestionably one of the most picturesque locations in Europe.

Tipping in Croatia: There is not a strong tipping etiquette in Croatia and gratuities are not widely expected. However, that doesn’t mean they are not appreciated. If you’re satisfied with the service, you can leave couple of Kunas for the effort.

Tipping in hotels is not required, but if you are staying in a luxury hotel with a porter or daily maid service, then you may want to give them a small token of your appreciation in a form of 15 to 20 Kuna.

Tipping etiquette in Croatian restaurants, on the other hand, is standard. It is expected that you leave a 10% gratuity, even if there is a fee included on your bill. If you go to a cafe, you can simply round up the bill. If your order is 18 kunas, paying 20 and leaving the change is a nice gesture.This is some text inside of a div block.

Only in certain non-touristy areas including smaller towns and villages of central Croatia is the possibility of poor water quality.

Money in Croatia: In the UK, it is easy to access Kunas prior to your trip to Croatia at foreign exchange stores and online. Alternatively, you may take your credit card with you and get Kunas in Croatia. ATMs are readily available in all resorts, towns and cities in Croatia as well as in banks, supermarkets, airports and elsewhere. This really is one of the easiest ways of obtaining money in Croatia.

You will find that you can pay for some items in Euros, such as larger hotels, taxis, some small restaurants. Do note that this is entirely on an unofficial basis; as Euro is not an official currency.

In larger shops (supermarkets, drugstores/pharmacies, souvenir shops) and hotels, credit and debit cards are readily accepted. More established restaurants in larger towns should also accept cards. The smaller the town/restaurant (particularly on the islands), the less likely that cards are accepted. It’s therefore always a good idea to have some cash to hand.

Weather in Croatia: The coast has a typically Mediterranean climate consisting of hot, dry, sunny weather during summer, and relatively mild – though sometimes wet – weather in winter.

Average temperature highs during summer should in the low to mid 30s. Winters are obviously cooler, although temperatures never really get below about 5°C/41°F.

A continental climate exists in the interior of Croatia, meaning that winters can be pretty cold, with temperatures often falling below 0°C. Snow is very likely, and can be pretty heavy during the winter. Summers, on the other hand, can be similar to the coast and again often reach the mid 30s.